Early to bed, early to rise. Makes the travelers . . .

Thanks to an early night, we were all packed up and on the road before sunrise.  The overnight rains and morning dew, though, meant a soggy Turtle was draped over our containers in the truck bed to dry out.  As hoped, an early departure was in our favor given the long day of driving ahead — we needed to cross 11 hours, and a new time zone, to get into Idaho (our first new state of the trip!).

With the podcast Serial as our entertainment, we made our way through eastern Oregon (which, surprisingly, looked a lot like the American Southwest).  After a stop at Walmart to restock — water, batteries, goldfish, etc. — we were on the final stretch to Idaho.

Before we could make it to today’s destination (Craters of the Moon National Monument), there was a sudden and stark change in the landscape.  We found ourselves surrounded by what could best be described as mounds of crushed Oreos.

Inside the Park — well, not a “National Park,” just a “National Monument” — we climbed up a large black hill (of ash?) to enjoy panoramic views of the odd landscape before us. 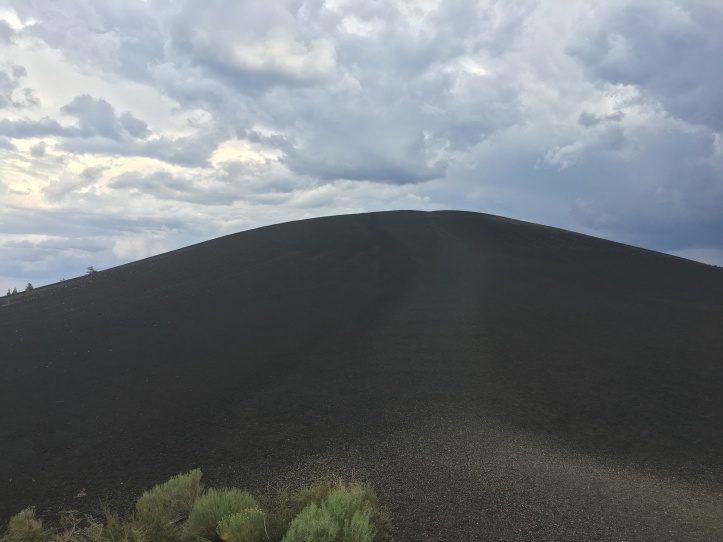 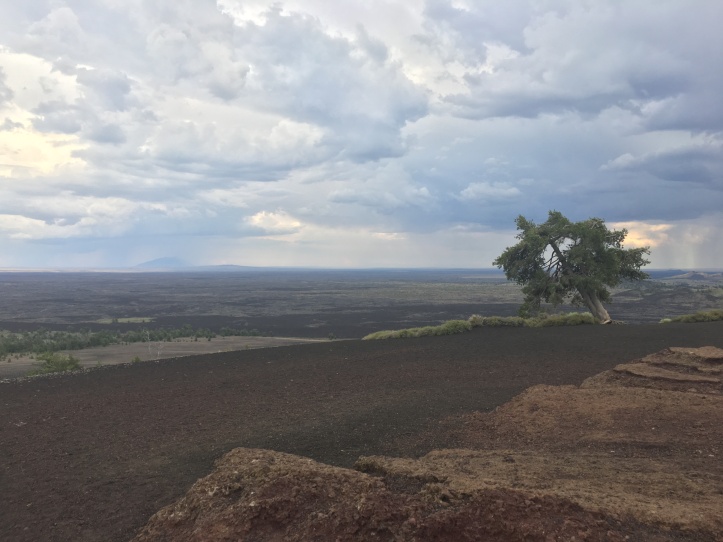 It even gave us a great view of nearby storms!

Unsure of when, or even if, the storms would arrive — and the late hour in the day (we arrived at 7 PM) — we were a bit hesitant to set out on too long of a hike.  So, we decided to explore some old lava flows and lava tubes.

Our first “cave” was more like a circle of collapsed lava rock — rock that sounded like glass as they rubbed against each other. 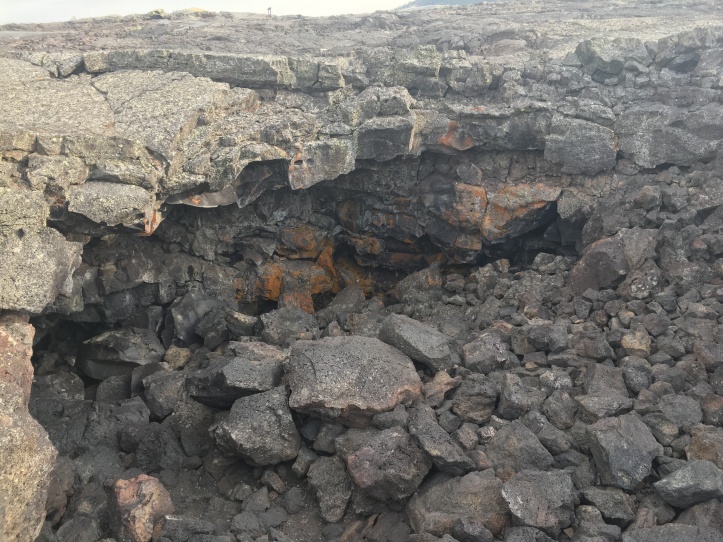 With our interest piqued, the benefits of lava tube exploration outweighed any negative consequences of (a) getting rained on, and (b) setting up our tent in the dark (we’re not going to melt, and we’ve done it before).  We continued along the path for another half mile and found “Indian Tunnel.”

Headlamps and flashlights in tow, we climbed down into the cave and explored all around.  We choose to take the “long way” through to an exit on the far side.

The scenic route was definitely worth the extra time and effort clambering over piles of rocks. 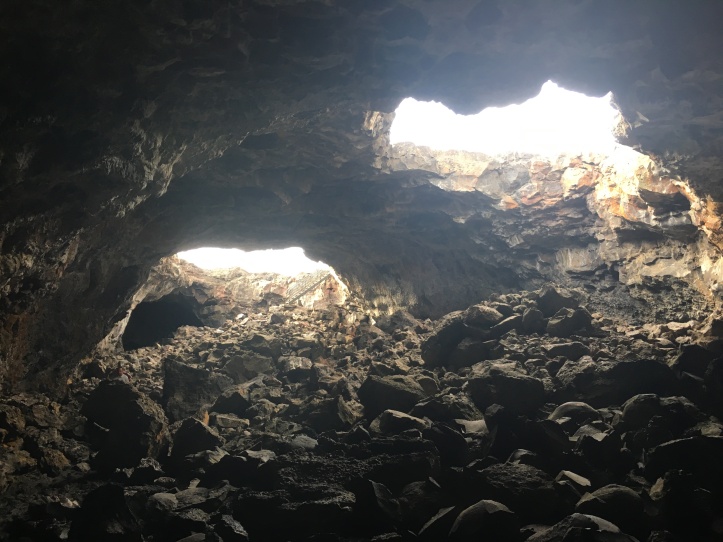 At these northern latitudes, it sometimes feels like the sun never sets.  We were able to make it to our KOA “kampground” in Arco, ID by 8:45 PM and still had plenty of daylight remaining to set up camp and start dinner.  (Though admittedly a bit out of the ordinary, we found that pasta pairs wonderfully with margaritas!)

The long day continued, as we had our latest night of the trip so far — a night of stargazing, complete with multiple shooting stars.  (Seriously, the night sky out here is just incredible!)  Tomorrow is a short trip over to Grand Teton National Park, but we can’t be too leisurely with our drive — we’ve got to battle for a campsite!